Before we start, I have to say that I didn’t know that feeding swans bread was harmful to them at the time. We Googled what swans eat and the first result included bread. Lesson relearned: Don’t take everything on the internet at face value! I feel guilty about feeding them bread, but there’s nothing I can do about it at this point.

That aside, the experience was quite interesting. I hadn’t actually seen swans in the wild before, so seeing them in Geneva was a pleasant surprise. They’re so beautiful. We bought a baguette at the Sunday farmer’s market and probably used up 1/5 of it feeding the swans (~30?). There were also pigeons and ducks and birds that we inadvertently fed.

At first, I was just taking chunks of bread and throwing them into the water. What happened was somewhat interesting and sad. Some of the swans started biting each others necks - I think to scare off competition? You could definitely start to tell that the swans had different personalities and levels of alpha-ness. 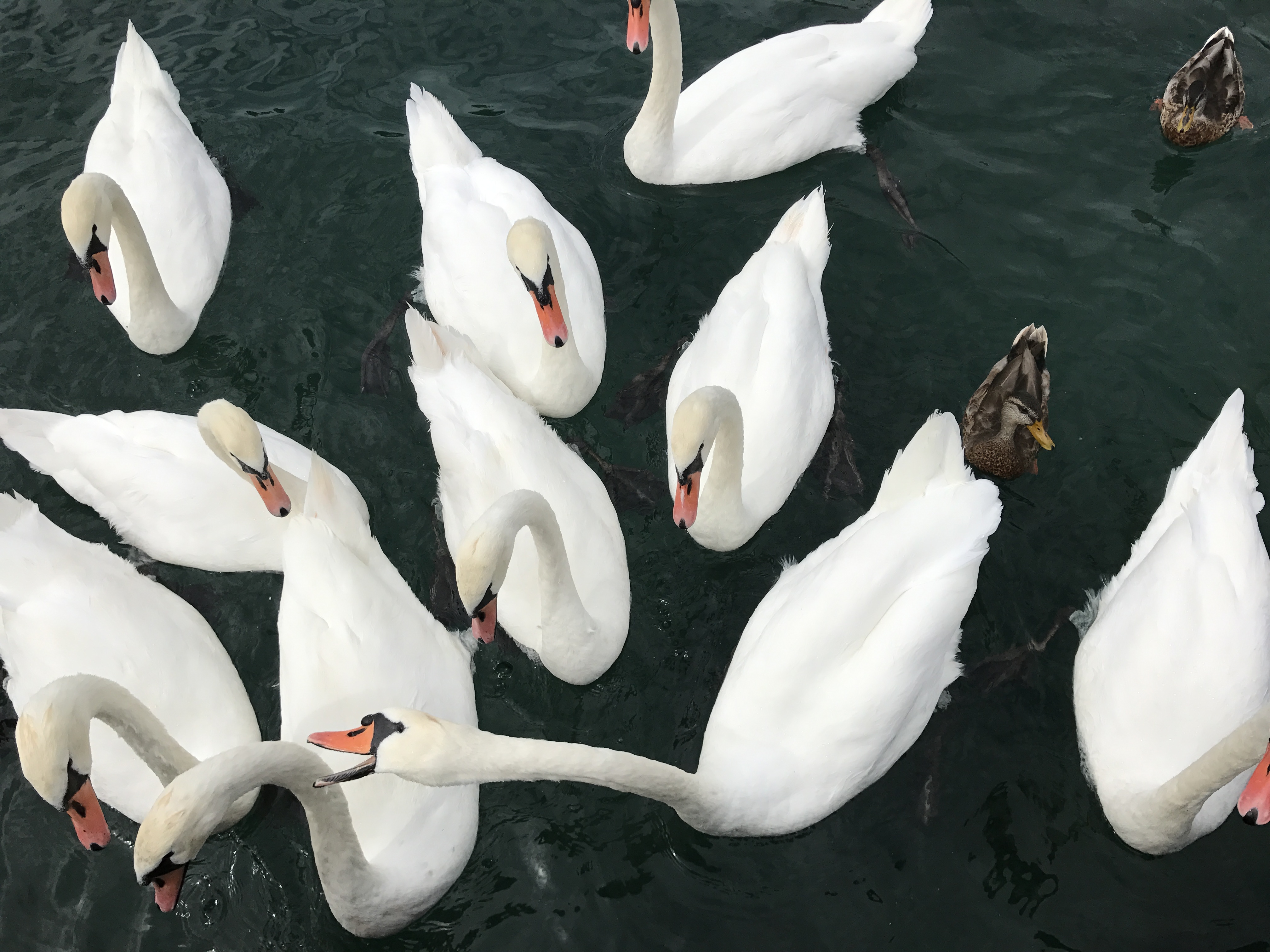 A swan in the process of biting another swan.[/caption]

I continued feeding them even though I felt sad about causing them to attack each other; most of it was out of curiosity, some of it was probably out of sadism. I started getting more creative with how I fed them. I put bread on the ground, instead of in the water, to see how close they would get to me. Some of the swans wouldn’t even try to get the bread, but some stretched out their necks very far and successfully got the bread! Even though you know swans have long necks on some level, it was still shocking to see them in action, fully stretched out. 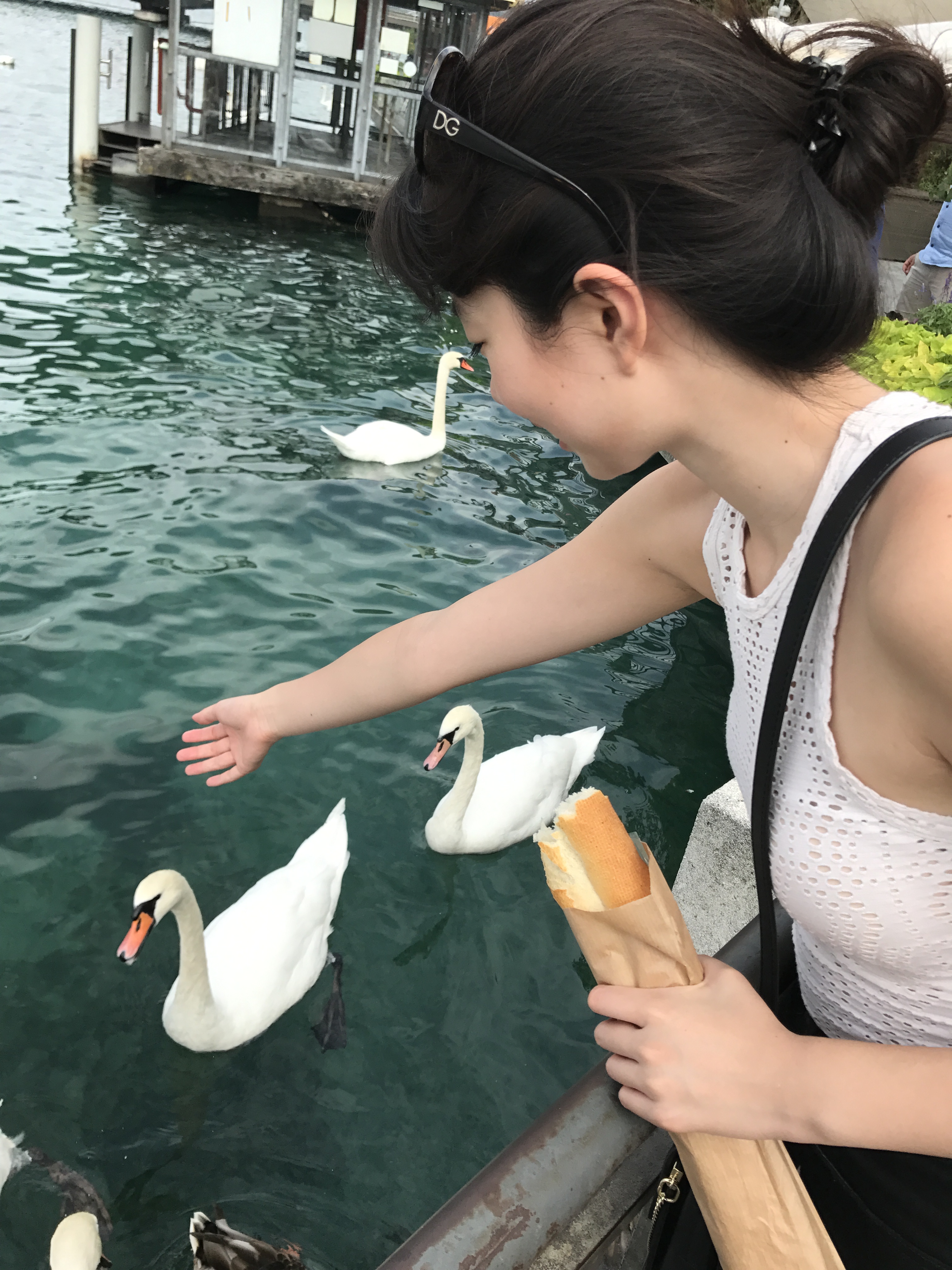 Another thing I tried was holding the baguette upside down - I held onto the bagged end of the baguette and left a section of bread at the bottom unexposed. A swan actually bit a piece off the baguette! I don’t know what I was expecting with that one. The last experiment I tried was to hold a piece of bread and move it up and down to see the swan neck stretch (and to see if I could make it fly a little!). Well, I guess I got what was coming to me with that one and a swan bit me. A duck actually bit me when I was a kid, so getting bitten again by a duck-billed creature brought me back. I was surprised later when I saw someone else, who was feeding the swans popcorn out of their hand (which can’t be good for them either...), get bitten several times without trying to prevent it from happening again.

Most of the happiness I got from feeding the swans was very similar to the feeling of feeding cats at the cat café I went to in Tokyo: getting attention/"affection" from cute creatures. Deep down you know that they’re only using you to get food though. I would probably do this again if I’m ever in an area with swans, with food that is more suitable for them. 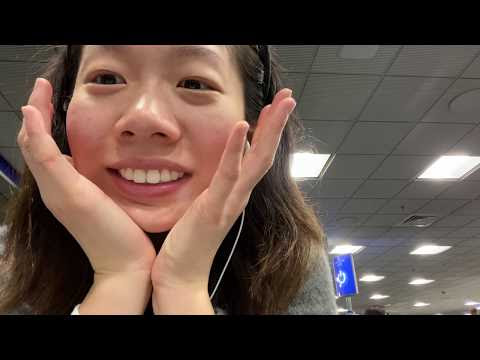